As anyone with a Twitter account is aware, many things happened very quickly in Toronto on Friday September 12.

I was doing client work on Friday afternoon and took a Twitter break every hour or so. And I kept waiting for a response to Doug Ford running for mayor that was narrative-based. John Tory was quick to point out that Doug is an angry man who is rude to those with autism (and therefore is unfit for office). It took until Saturday for Olivia Chow to point out that Doug and Rob are one and the same (minus the drug problems). 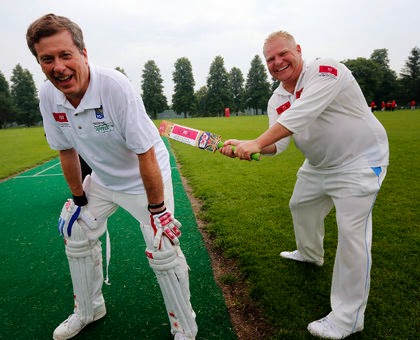 But because I have no love for Doug, what I really want is someone to spin a story that links together his actions over the past four years. A negative story that will stick to him over the next six weeks. Angry Doug and Doug-equals-Rob are both character-based attacks. Neither of them tell much of a story about Doug.

The federal Conservatives did a good job of leveraging narrative with the “just visiting” ads aimed at Ignatieff. They told a story about a man who left Canada and returned only because of political ambitions. That narrative seemed to stick.

It might be a coincidence, but the “in over his head” attacks on Justin Trudeau are character based. (This man doesn’t have the experience and depth required to govern Canada). And they’re not working.

I’m sure there’s a subtle difference about framing versus narrative to be had, but I’ll leave that to someone more versed in politics than myself. I also have every confidence that there are plenty of examples of successful character-based political attacks.

Narrative have been top of mind for me lately, so this could just be a story hammer seeing everything as a story nail problem. But I would love to listen to a brainstorming session where Doug narratives are tossed around:

- Doug only cares about power, not Torontonians
- Doug wanted to leave city politics for good – until Rob forced him to run for mayor
- In four years, Doug’s only attempt at city building involved a monorail. Now he wants the keys to the mayor’s office.
- As campaign manager, Doug couldn’t keep track of his brother’s substance abuse. How is Doug going to keep track of important issues at city hall?
- The only reason Doug was elected to council was because he hung onto the coattails of his little brother.
Posted by Ryan Bigge at 6:25 PM