Now Let's Go On To Something Ruder 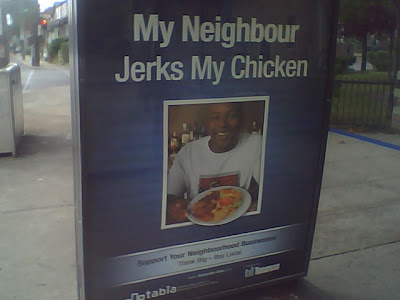 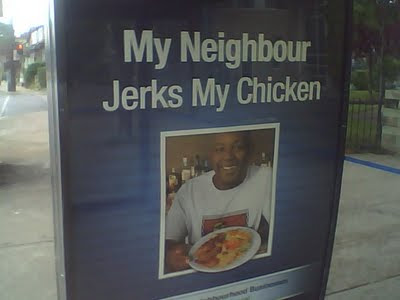 Ah, but does your car mechanic neighbour choke your throttle? That's the real question.

If Only John Tory Could Stay on Message, He Might Have a Chance

John Tory, who lost to Miller in the 2003 campaign, issued a statement late this morning thanking the mayor for his public service, and hinting at another mayoral run of his own.

"I would at this time like to thank the hundreds of people who have been contacting me on the street, by email, Facebook and other means, encouraging me to run," Tory wrote. "The next election will be about renewal of the city. People tell me they are looking for vision, competence, better services, and better value for their tax dollars. I look forward to continuing to discuss these issues with people across the city."

John Tory, who lost to Miller in 2003, praised Miller's record of public service over the past 15 years while saying that people are urging him to run in 2010.

"They love their city as I do, (but) they think our city can be better. They think that we need better services, better value for the tax money, more hope. And they are encouraging me to take a look at it, which I've said I will do," Tory said in a television interview.

But until he declares whether he's a candidate, Tory said he's not prepared to discuss what his priorities would be.

"What I will say is this: People are correct in saying they're not getting good value for the taxes they are paying.

People are correct in saying they're not getting competent government. We've seen this week these instances where $200 million mistakes are kind of shrugged off," he said.

"I think you've got to focus on how you get competent government, better value for the tax dollars, which I think will help to create more hope in people and help us to do more in the disadvantaged neighbourhoods which I passionately believe we have to do."

Blanton's is Bored To Death 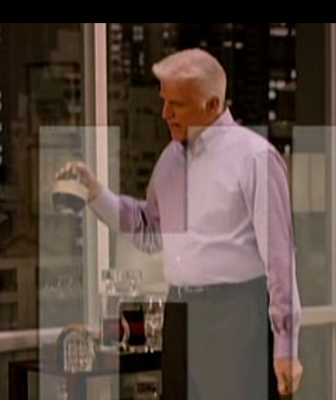 Here's what I should have done to begin with -- blogged about this strange bit of not-quite-product-placement. Instead I mentioned it in a FB status update.

Anyway, I find it interesting that unless you own a 46 inch TV, it's damn tough to figure out what Ted Danson is drinking in episode two of Bored to Death. So, does that make it product placement or background noise? It's not like a small batch bourbon (that happens to be oh-so-good) has much money to try and get itself into television shows. The bottle looks great, which might be one of the reasons a props guy chose it.

Anyway, it feels like there's a larger point here, but it's just outside my grasp. Is it that I'm disappointed that I finally saw something I heartily endorse, on television, and it wasn't blatant product placement? Is it that at this point, I've lost the ability to determine what did and did not pay its way onto the screen? That my increasing paranoia about commercial intrusion will ultimately leave me shivering in a heap five years from now?

There is only one answer, at least in this instance -- a small tumbler full of bourbon. Delicious Blanton's bourbon that is.
Posted by Ryan Bigge at 6:04 PM

Two Screen Grabs On The Journalistic Ethics of Tweeting 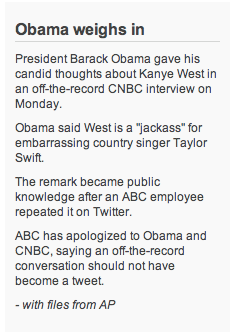 Hello. The usual reminder that I'm teaching a course on freelance writing and business aspects of writing for a living. The course is Monday nights, and begins October 5, so if you're interested, I recommend registering soon. Former students have gone on to publish articles in a variety of magazines and newspapers.

And now for what we found the most startling figure of all: three times as many people are concerned with crime as with transportation—this after Transit City, streetcar purchases, bike lane disputes, and the apparently civilization-ending decision to sometimes, every so often (but not oftener) allow non-drivers to, you know, get around too. Transportation has been the centrepiece of Miller's second term in office, and Transit City is intended to be his major legacy project. Yet people simply aren't biting.

This is taken from a good article by Hamutal Dotan on Torontoist that argues Miller does good things but is unable to sell his vision for the city effectively. My only fear is that people aren't biting because they don't want what Miller is selling, regardless of his perceived lack of salesmanship. I just got back from Montreal, where I am always impressed with not only the bike lanes (and the new Bixi rent-a-bike setup) but the general culture surrounding alternative transportation. I've house-sat in Montreal three times, each time for a month, so I feel as though I have some handle on the place. And there is clearly both a push for alternate forms of transportation, but also a demand for it. A psychological predisposition toward it. Yes, taxes are higher, but you can also see (or at least I can see) where that money is going.

I find this not to be the case in Toronto. While I suspect that an effective system of protected bike lanes would encourage more people to bike, which in turn would help make the case for spending money on biking, Toronto is a horrendously car-centric city. Any attempt to infringe upon the car brings the embedded car entitlement to the surface. And that is bred into the culture of the city, through a process I'm not entirely clear on. One of the best examples I can give is a June 2008 article by Philip Preville in Toronto Life. (I should mention I've met him a few times.) It's a smart, well-researched article about the tensions between bikes and cars in Toronto that concludes by suggesting instead of more bike lanes, we need to redesign intersections along the naked streets model proposed by some Dutch dude, wherein traffic lights and other markings are stripped away and commuters, be they bike or car or pedestrian, must establish eye contact to negotiate who is going to cross when.

The problem with the article, (which I've read and re-read a few times) is that it essentially leaves the reader feeling as though there is no actual solution to the bike problem. Montreal's protected bike lanes are a hassle to maintain according to Preville, but he also admits that the naked streets idea is unlikely ever to be implemented. For now, the status quo will have to do.

Spacing and the like are doing excellent work (I'm probably biased, since I contribute occasionally to Spacing), and the bike union is a great step forward too. But from my unscientific and occasional skimming of CBC and Toronto Star article comments, there is definitely a contingent of the city (how large, I'm unsure) that doesn't care about cyclists in the least, and lacks the psychological leanings to support anything new or different or communal. The individualistic ethos of the city is very clear as compared with Montreal and Vancouver, which results in a different relationship with the environment, etc. Amalgamation doesn't help.

The lesson, sadly, is to follow the Lastman approach: promise not to raise property taxes much and funnel money toward the cops. For a selfish city allergic to change of any kind, this is the ideal platform, as it allows people to buy more stuff, and ensures that stuff is less likely to get stolen.
Posted by Ryan Bigge at 9:48 AM