Lyrics to "Archie, Marry Me" by Toronto band Alvvays

“Archie, Marry Me” by Alvvays is a goddamn good song.
I think these lyrics are mostly correct.

Update: These lyrics have been corrected with the assistance of Alvvays via Twitter!

So honey take me by the hand and we can sign some papers
Forget the invitations, floral arrangements and bread makers

The secret to a successful Meetup? There aren’t any. A good Meetup requires time and thought, a basic understanding of psychology, some organizational skills and a bit of ongoing maintenance. But these same ingredients are necessary for any other reoccurring event involving a group of people.

That said, I will mention a few things I’ve discovered over the last year of running a Meetup. Especially since my first couple of attempts were the opposite of successful. 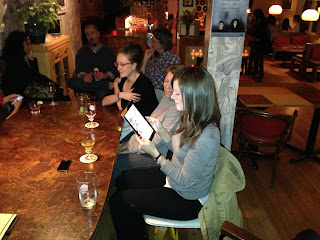 A Meetup is a high-touch affair
High-touch is fancy buzzword talk for being nice to people on a consistent basis. I mention this because it’s easy to assume that organizing a Meetup in a relevant field of interest (like content strategy) will guarantee attendance. A demand exists. The Meetup organizer is the supplier. Thus, the room will be packed.

People tend to be busy. Especially in big urban centres. So it’s important to make people feel special about their decision to pay $5 and spend 90 minutes at your event. Remember, there are a dozen other options available to everyone in your Meetup.

This means that if your Meetup involves less than 30 people, learn everyone’s name. Thank everyone for coming every single time. Be especially thankful to people who attend multiple events. Facilitate introductions between members. If someone joins your Meetup group, send them a quick welcome note. Post photos of every event to Meetup. Create a logo for your group that isn’t entirely ugly. Rate your Meetups. Get the Meetup app and check into events. Feed the social media beast.

SurveyMonkey makes your life 1,000% easier
In December of 2012 I needed to figure out topics and guest speakers for 2013. In doing so, I realized that I had my own particular biases and interests in terms of content strategy. So I spent a bit of time and created a survey.

So now whenever someone asks me why I chose a particular guest speaker, I refer back to the survey. It’s a great way to avoid a potentially frustrating conversation. (e.g. “Tonight’s speaker was good, but I was really hoping to hear more about integrating Vine into B2B content strategy.”) Other than making my life less frustrating, acting on the survey results ensures robust attendance. Which is never a bad thing.

Charge something. Anything.
This one is obvious – Meetup tells you to do this. I call it the “25 cents in the shopping cart strategy.” People show up for things they pay for.

It’s worth re-stating, however, because I ignored this advice originally. Not only does charging make for more accurate attendance estimates, but it allows you to pay guest speakers decently and covers your annual Meetup fees. No one wants to lose money on a Meetup.

Of course, no matter what you do, about 10 percent of your Meetup group will assume you’re profiteering. The best way to quell this is by being truthful. In my case, it took six months until I broke even on running the Meetup, since I paid guest speakers a minimum, regardless of attendance. If all goes well, I will make $20 in 2013 - about $1 an hour for time spent.

Create a regular schedule/cadence
The Toronto Content Strategy Meetup occurs on the third Thursday of every month (with occasional exceptions). I stole the idea from a Meetup called Third Tuesday. I’m pretty sure the concept isn’t copyrighted. Doing something like this makes it easy for people to plan in advance. And the easier it is for people to attend your event, the better.

Create a format that’s easy to maintain
I’m not sure why it took me so long to move to a guest speaker format, given the fact that a very successful and well-attended content strategy Meetup in Ottawa was doing so.

Actually, that’s not entirely true. I knew a guest speaker format would be a great idea. But I also knew it would be far more work. It’s easy to be lazy when there are a dozen other things you could be doing instead – like sipping bourbon in a hammock while watching Portlandia on an iPad.

What I didn’t realize was that while it would be more upfront work, a guest speaker format would become more manageable (and more personally rewarding) over time. Our first Meetup with a guest speaker drew 6 people. The next 14, and so on. By February of 2013 we had 28 people RSVPing – and about 20 people actually made it out.

As attendance figures increased, it became much easier to convince guest speakers to participate. And the more people that show up to your Meetup, the more motivated you are as an organizer to continue running the event. It’s a magical little virtuous circle.

Promotion is a tricky thing
I promote the Meetup through my Twitter feed. It’s pretty basic – I create a series of teaser tweets based on the description I post to the Meetup event listing. I then spend 15 or 20 minutes scheduling the tweets over the course of the coming month. Then I can get on with my life and do other things – like write this blog post about the Toronto Content Strategy Meetup group.

I suspect that my promotional tweets neither help nor hurt attendance. I tend to see the biggest spike in RSVPs from the reminder emails sent via Meetup. I have yet to figure out the best time to send those reminder emails. I suspect LinkedIn could help me somehow, but the precise mechanics allude me.

Find the right venue
I left this to the end because it’s fairly duh. But it’s also very tough. Try finding a quiet bar with enough room for 20 or 30 people that isn’t busy during the hours of 6pm to 8pm. If you find such a place, chances are they’re about to go out of business.

Or, worse, they have a private room that you can use in exchange for a whole lot of money.

Finding a great venue has been my biggest challenge. This year I thought I’d solved the problem, but last week I discovered that the owner of the venue and I have a fundamental disagreement about the core tenants of capitalism.

I’m a bit frustrated, but ultimately I will vanquish my #firstworldproblem and find a new location. In the meantime, our Meetup needs a new home for May. I certainly hope someone else will take our money – we spend between $175-$200 per event. We also tip pretty well – I take care to remind the Meetup to do so at the end of every guest talk.
Posted by Ryan Bigge at 10:49 PM 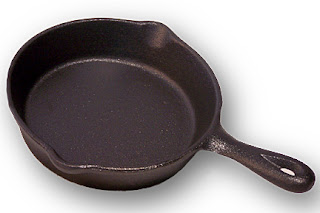 -- From the short story Al Roosten by George Saunders
Posted by Ryan Bigge at 9:08 AM