Long story, but I've been listening to a friend's iTunes collection on random for the last two months. I completely forgot about this bit of lovely from Radio Free Vestibule until I heard it again yesterday. I remember hearing this song when I lived in Vancouver. Back then, a small part of me thought the lyrics might be true. Having lived here almost ten years, I can report that they are, mostly, in fact, true.

Are These Ugly or Simply Municipal? 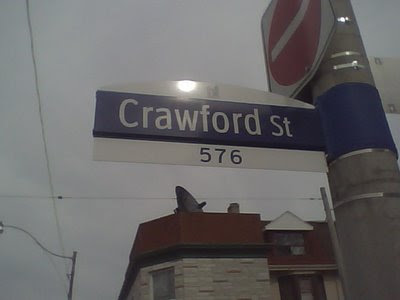 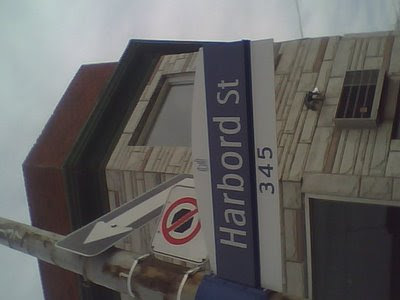 Hello. If you live in Toronto, like my journalism, and are thinking about trying to freelance either part or full time, I would recommend my course, which begins April 20th at U of T SCS. A bit more information available through the link below.

(link to course and registration info).

Classes tend to be small enough so that students receive plenty of feedback, and I tailor courses based on student feedback. Please email me any questions you might have: ryan [dot] bigge [at] utoronto [dot] ca

I will return to regular programming forthwith.
Posted by Ryan Bigge at 9:01 PM

Chris Scott calls The Book of Absolutes “ponderously titled.” He then goes on to write the following:

* “He has many other devices tacked to his banner.”

* “The opening concessive clause of this clumsy sentence is a misplaced modifier of Mill's work.”

* “Postmodernists arrogate terms like relativity and evolution from physics and biology, overlooking the fact that in the humanities they are at best metaphors, at worst tendentious amplifiers of left-wing posturing.”

* “Thus, from a heterodox scattering of isms, a new and terrible orthodoxy slouches towards Parnassus, trumpeting its Nietzschean transvaluation of values from the tops of ivory (or red-brick) towers.”

A Well Written Novel, Except When It’s Not

Here are two hallmarks of a Globe and Mail book review of a major new novel. The first is fawning over the author until reader nausea is induced:

I should admit to being a fan, to having done all the same things that people do upon first reading Fugitive Pieces. I read pages aloud. I underlined passages, went back and asterisked them, then went back and underlined them again.

And I waited for a second novel. But none came. It has been 13 years. Now, finally, like something exhumed from the distant past, comes The Winter Vault.

Has it been worth the wait?

The second is a brief burst of valid criticism near the end of the review that has the potential to undermine or even contradict all the fawning praise that has preceded it, followed by an immediate retraction/justification/rationalization:

The Winter Vault is a beautifully written though somewhat difficult book. Michaels's prose is sometimes faulted — wrongly, I think — for being too lyrical or overly poetic, the kind of thing that has no business in a novel. Indeed, we feel Michaels sometimes straining against the form of the novel, and such strain is not easily borne in every instance. A single example may suffice. Avery is watching Jean as she gazes out over the changed Ontario landscape: "Her head, he was sure, was bursting with thought" — even granting poetic licence, it is an unfortunate line.

But The Winter Vault can justify its excesses.