Two Months Late to This, But Still Funny

When he got back to his computer, Twitter was still broken. He pulled the blue plastic tarp off his laptop, then folded it and carried it out to the grocery cart and packed it and came back with their plates and some cornmeal cakes in a plastic bag and a plastic bottle of syrup. He spread the small tarp they used for a table on the ground and laid everything out and he took the pistol from his belt and laid it on the cloth and then he just sat watching the laptop go into sleep mode. He'd pulled away his mask in the night and it was buried somewhere in the blankets. He watched the laptop and he looked out through the trees toward the road. This was not a safe place. They could be seen from the road now it was day. The laptop hummed quietly in the blankets. Then its screen went bright. Hi, Papa, the laptop said. 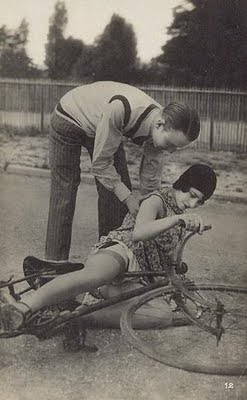 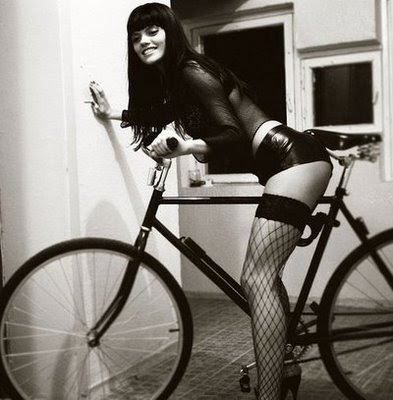 In Case You Missed Them

Book review of Slanted and Enchanted: The Evolution of Indie Culture (Kaya Oakes) and And Then There's This: How Stories Live and Die in Viral Culture (Bill Wasik): (link).

The Wasik book will help explain balloon boy. The Oakes will explain the crippling success of indie culture: (link).
Posted by Ryan Bigge at 2:45 PM

Globe and Mail Article on Microstores

Located on a quiet stretch of College Street near Lansdowne, it's easy to miss Industtrees, a new 340-squarefoot art gallery and trinket store. Featuring small, cartoonish paintings by New York artist Gea, along with Vladmasters (handmade View-Master reels for grown-ups), the latest issue of The Believer and a tiny analog synthesizer called the Stylophone (David Bowie used one on the album Space Oddity ), this microstore appears be an anomaly in a big-box world.

But Industtrees, along with Cubeshops (400 square feet) and Sam James Coffee Bar (280 square feet) represent an intelligent expression of entrepreneurial ambitions during a recession. Toronto had a tiny perfect mayor (David Crombie), so why not tiny perfect retail? “It's boutique-esque,” says 24-year-old co-owner Cameron Kowalchuk, describing the retail aspect of the gallery, which opened in early July. “You're forced to focus.”

As last Sunday's New York Times pointed out, the latest trend in retail is “curating” items: supplying a few choice objects instead of a surfeit of choice. The microstore can be thought of as a hip experiment in subtraction, rather than a pragmatic response to economic circumstances. Meanwhile, lower rent allows owners to take risks and remain true to their niche sensibilities, rather than rely on volume.

Hence the design store Cubeshops, which opened in early August. (Despite the plural, there is only one location, on Baldwin Street, beside The Little Video Shop). With its focus on limited edition, functional art pieces from Japan, Cubeshops resembles an even more tightly curated version of Queen West fixture Studio Brillantine. The colourful dinosaur-shaped rubber bands, clothespin chopsticks and staple-free staplers pop from the white walls, while the fishbowl-style front window encourages gawking. “We're trying to maximize the impact of our minimalism,” explains co-owner Sid, who demurs when asked for his surname, perhaps worried it will take up too much room.

Many micros hide macro ambitions – Mr. Kowalchuk hopes to be in a bigger (and more foot-traffic friendly) location within a year. But others shrug off temptations to expand, afraid of losing the unique charm that keeps customers loyal. The Smart-car-sized Blood and Bandages at College and Dovercourt, which opened in 2007, has two barber chairs crammed into under 100 square feet and would be just another snip shop at any other size. Whether it's the result of an aversion to greed, or a touch of laziness, a small but steady profit is often preferable to an ill-fated attempt at world-domination.

For 25-year-old barista Sam James, who runs the Sam James Coffee Bar (his shop's cheeky name aside, the proprietor's actually quite modest), thinking small is baked into his business model. “If you're not in a high-volume location, you can focus on quality coffee without compromising,” he argues. “And I think people will go out of their way to seek out that quality.” His three-seat coffee spot opened in early September at Harbord and Clinton, and coffee aficionados regularly spill out into the sidewalk on weekends.

Cozy can even become a way of life. Having just survived working 30 days straight, Mr. James took a well-earned break from the daily grind last Tuesday, during which he slept in, ate cheese and got reacquainted with his cat. He also decided to patronize another microstore – Speakeasy, a new tattoo shop that just happens to be located right next door to his coffee bar.

This was a few weeks ago, but I forgot to post. The source material is linked below, but the comment speaks for itself. Rational public sphere indeed.

When In Doubt, Ask a Canadian Celebrity For Medical Advice 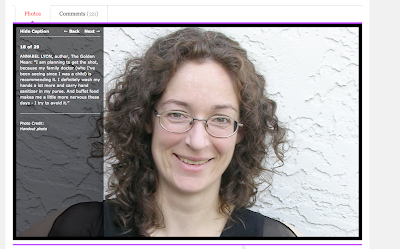 I think Annabel Lyon is a phenomenal writer. That said, I don’t give a rat’s ass about whether or not she’s getting the H1N1 flu shot. Her new novel is about “Aristotle's relationship with Alexander the Great” according to the Globe. How does that make her medical decisions any more or less relevant than those of "ordinary Canadians?"

For more of The Globe and Mail doing what it does best: (link).
Posted by Ryan Bigge at 11:41 AM

Thank you, Mr. Smith, for writing in such a way that my making fun of you is entirely unnecessary.

Exhibit B: Unboxing Trend Three Years Too Late
Posted by Ryan Bigge at 11:18 AM