The Angry, Vicious Comment Boards Attack Me Once Again 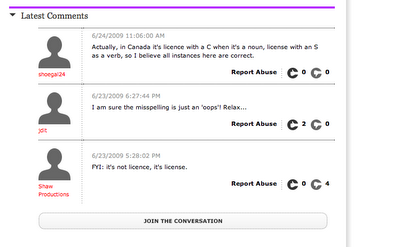 Addendums to my Globe Travel Piece

This is my first travel piece. I learned a bunch of things, including the fact that certain things are out of your control. And so I wanted to make two addendums to my article. The first is that one of the big draws about getting married in New York was the fact that getting there via Porter is so pleasant. In my original draft I wrote:

The woman had my sympathy, since there were only two clerks processing licences that day – my fiancée and I spent less time on our Porter flight from Toronto to Newark, N.J., than we did at City Hall.

The second thing was that my original sidebar recommended two hotels:

Where to Stay
The Loews Regency Hotel (540 Park Avenue) is two blocks from Central Park and nearby to hair salons and florists. The Ritz-Carlton in Battery Park (Two West Street) is minutes from the new bureau and has a wedding concierge on staff.

Adjust yourselves accordingly.
Posted by Ryan Bigge at 9:37 AM

I Love The Tofu Tagger 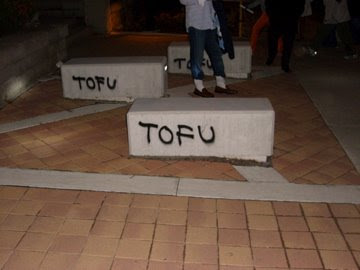