Zombie, but not zombie

I recently watched Season 1 of The Returned, after reading this New York Times article. Tremendous television, with visuals that range from tourist-y panoramic to occult nightmare.

What is The Returned? It’s a bit of Twin Peaks mixed with a pinch of zombie. Or, as I like to tell people, “It’s zombie, but not zombie.” I say that mainly because I’m so very bored with the mainstreaming and cultural oversaturation of zombies. 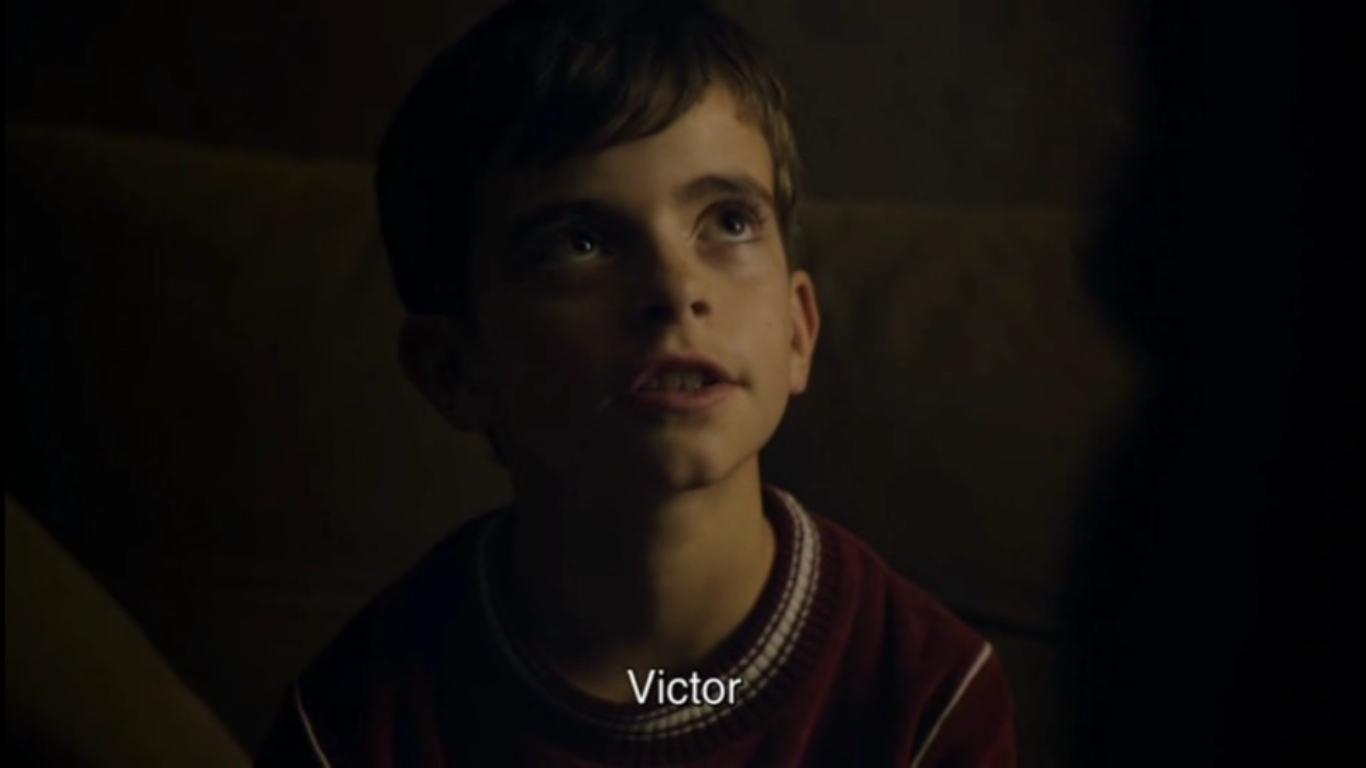 It’s not that I was obsessed with zombies before they became popular. It’s just that zombies are not that compelling: they chase you, they eat your brain, and then they look for more. You can squeeze in a bit of consumer critique, or black humour, but I feel that there’s a limited room to innovate in the zombie genre.

Was I pleasantly surprised by the speed of the zombies in 28 Days? Yes, yes I was. A glimmer of something new. Did I find the po-mo romantic comedy Zombieland charming? Yes of course. Was I surprised at the emergent behaviour of the zombies in World War Z? I was indeed. Seeing all those zombies act like ants in order to scale tall walls was great. Too bad the rest of the movie (except for the airplane scene) was so boring.

And don’t get me started on the Walking Dead. I watched some or all of Season 1 (I honestly don’t remember) before getting zzzzzzzombie fatigue.

So when I tell you that The Returned is zombie, but not zombie, that means something. It means it’s a show worth watching, even though it has subtitles. Yes, the show is that good.

Update! On April 10, 2014 I received an email about this blog post that began "You're doing it wrong." The rest of the email was a defence of The Walking Dead, which didn't change my mind, but was thoughtful nonetheless.
Posted by Ryan Bigge at 10:29 AM

[Note: I wrote this two years ago and forgot to post it. Images sourced from here.]

Back in 2011 I watched Season One and part of Season Two of Twin Peaks for the first time in about 20 years. (I quit watching after the person who murdered Laura Palmer was revealed in S2E7). You may not know this about me, but I obsessed obsessively about Twin Peaks when it was first broadcast.

Let me be more precise, since good writing is all about the details. I bought a T-shirt, and Laura Palmer’s diary, and the tape recordings of Agent Cooper. I watched the film Fire Walk With Me on opening night. And a few years after the show was cancelled, I visited Snoqualmie to see the waterfall and have a slice of cherry pie at the double-r diner.

Oh, and I memorized Agent Cooper’s dream from S1E3. Something which I can still recite to this day. (This fact terrifies me almost as much as it does you I’m sure.) 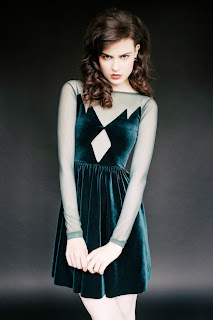 Watching the show again brought back a flood of memories, not unlike listening to an album from that time period. (A more ambitious cultural journalist might try and write an essay that links Twin Peaks and Nevermind, but I’m doing this for free, in my spare time.)

I can understand how an album or a photograph, or maybe even a movie evokes concentrated bursts of memory and reflection, but it felt odd for a TV show to be capable of the same thing. Especially since the first season, except for a few now-curious haircuts, was not of its time. Twin Peaks the town felt like it was trying to find the courage to leave the 50s behind, right down to bad boy Bobby Briggs doing his best James Dean impression. So unlike watching Beverly Hills 90210, which is filled with music and fashion and slang from that era, Twin Peaks lacks clear visual and audio cues that would evoke my final years of high school.

And yet it flooded back – especially my unrequited crush on Jennifer Young (now married, with children, and basically un-google-able). Jennifer also really liked the show, and I seem to recall discussing it with her quite often. But the vividness of her, and that time of our lives, is high-definition. I can’t immediately think of an equivalent memory trigger.

When I mentioned the memory burst of Twin Peaks to a friend of mine, he noted that high school was a time when you saw the same people all the time, almost every day. And with that came opportunities to discuss and obsess and debate a particular cultural entity in a way that is no longer possible in my current adult life. I’ve talked with friends about The Wire and 30 Rock, but we have neither the time nor the focused passion to discuss these shows endlessly. Back in high school, one had a lot more free time to spend re-watching episodes on VHS in order to try and to solve the mystery. And/or memorize the backwards talking of a dancing midget. 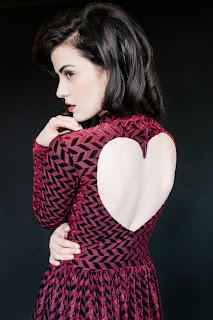 While watching Twin Peaks, I was also surprised at how much of Season One I remembered. After 20 years I could anticipate and recall most of the scenes, key moments and minor asides to degree of vividness that shocked me. I know that I watched Season One more than once back in the day, but that was over two decades ago. In comparison, when I watched The Wire for a second time I was surprised at some of the things I had already forgotten.

Season One of Twin Peaks has aged quite well. It’s well shot, consistent in tone, the writing is strong, the acting solid to brilliant (e.g. Albert the coroner). The soap opera elements are well contained (and even mocked on the show-within-the-show). I also feel vindicated about my crush on Sherilyn Fenn, but that’s the topic of another essay entirely.

The debilitating flaw of Season Two is inconsistency. According to my cursory Internet research, David Lynch and Mark Frost were less involved in the show on a day-to-day basis. Watching the second season reminded me that sometimes it was only a single scene in an episode that would misfire. But later it was entire episodes that went off the rails. Too many unnecessary new characters, slow pacing, dumb u-turns and tangents, blah, blah, blah.

As anyone familiar with the show knows, the network put enormous pressure on Lynch and Frost to reveal the killer of Laura Palmer much earlier than they had planned. This ruined the show – the scene where Agent Cooper figures out who murdered Laura was so weak I had forgotten it.

In general I remember far less of Season Two. I scrubbed through the final 15 episodes in an hour or two on my laptop. Of course, I stopped to watch the last 15 or 20 minutes of the final episode, which takes place in the red room where the dwarf (little man from another place) lives. Or whatever – he doesn’t live there, but you get the idea. (Even now I have no desire to be attacked by aging Twin Peaks fanatics.)

There is something absolutely hypnotic to me about the set design and mood and pacing and style of the dream sequence from S1E3 and the final portion of the final episode. On a visceral level, I love watching the dwarf and the giant. It’s mesmerizing and taps into the surrealist pleasure centre buried inside my brain. When David Lynch is successful, it’s a singular type of rewarding.

Watching those final few minutes also reminded me of what it was like to view a television show in real time, knowing that millions of other people were doing the same thing, right down to enduring the excruciating commercial breaks. And watching with the knowledge that the show was going to end at 10pm. (As compared with sitting in a theatre and watching a film that you know will eventually end, but having no clear gauge of when exactly that might be). 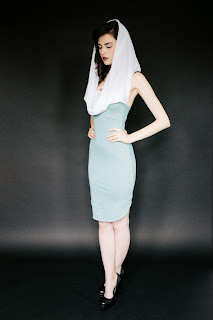 Seeing Twin Peaks again also served as a valuable reminder of the cruel disappointment a true fan experiences when their investment and passion is abused through bad writing and crappy creative decisions. When your investment in a show is mismanaged by the creators, you feel an enormous letdown, something I was reminded of repeatedly during S2.

This helped me understand why there are so many aspects about the work of Henry Jenkins that annoy me. I used to be a superfan, and the experience left me jaded. Fool me once, etc. Investing too much of yourself into any form of mass marketed entertainment almost always means ending up in the same sad place. (I’m looking at you, Lost fans.)

In defense of Jenkins, since completing the CFC Media Lab’s Interactive Art and Entertainment program, I was able to appreciate something new about Twin Peaks – the degree to which they successfully implemented the elements of transmedia way before it was a popular notion. I’m not the first person to notice this, but this aspect of the show remains quite impressive 20 years later, when almost everyone still struggles to do transmedia correctly.

This is already tl;dr, but I have two concluding things. The first is that the Twin Peaks parody on Saturday Night Live was actually funny. I’m sure people in 1990 were already saying that SNL had stopped being funny years ago, but that sketch remains pretty airtight. It even features Conan O’Brien as Officer Brennan (Andy). The second is that the Sesame Street parody is almost as funny as the SNL skit. That being Twin Beaks. 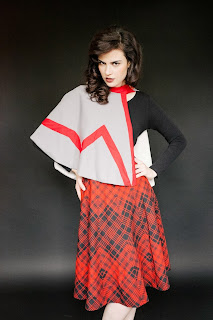 I forgot to drink on New Year’s Eve

Well, not quite forgot. I became too distracted to drink on New Year’s Eve. Yesterday evening I finally got around to setting up my Raspberry Pi. Getting the USB wifi adapter thingie to work the way I wanted required more time than I’d like to admit. And as I’ve learned long ago, drinking and creative technology DO NOT MIX. 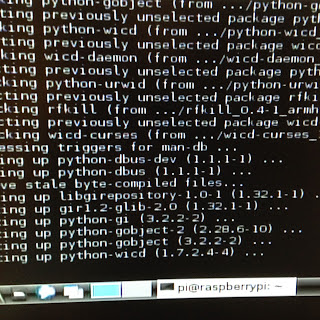 By the time I had the rpi where it needed to be, it was almost midnight. I decided to celebrate by not having a drink. And not to brag, but boy do I feel amazing today.

Lest you think me a loser, I was able to get most of the way through this Twitter sentiment server project. Another few hours and it should be good to go, although I will need help from geeks more adept than myself to get to the finish line.